Woods are largely sourced from a specialist UK supplier with around 40 years experience and a keen eye for the environmental issues surrounding the industry. Torrified wood is more difficult to source in the UK or even Europe so currently comes from the USA.

Sitka Spruce: The most commonly used wood for acoustic guitar tops and for good reason – it’s strong, close grained and tonally versatile. If you’re mostly a strummer, this is probably the best soundboard wood you can get, but it also serves well for flatpicking and finger picked styles.

Englemann Spruce: Slightly less stiff than Sitka spruce, Englemann tends to favour overtones more than fundamentals and for that reason suits playing with a lighter touch.

Torrefied Sitka Spruce: Torrefication has become popular in the guitar world over the last decade or so and is a process of baking which essentially replicates the ‘ageing’ of wood, making it lighter and more stable. Standard builds use torrefied spruce for the bracing to speed up the tonal ageing process, whilst keeping the soundboard unbaked for aesthetics and to allow the tone to develop and grow as the instrument ages.

Honduras Mahogany: Famously used during on ‘Depression Era’ acoustics as a cheaper alternative to spruce. These days genuine mahogany doesn’t represent any significant saving, but does offer a unique sound. Often associated with fingerpicked blues, mahogany tops offer a drier tone with a more pronounced midrange and as a result sit really well in a full mix, making them equally suited to modern music.

Honduras Mahogany: Avoid imitations! Swietenia macrophylla is true mahogany, whereas the vast majority of wood sold as mahogany is actually African wood such as Khaya or Sapele. Whilst these can be great tonewoods in their own right, Honduras Mahogany not only has the heritage of being used throughout the ‘Golden Era’ of guitar building, but for many it offers unparalleled tone. Honduras Mahogany has a better strength to weight ratio than African alternatives, which results in a lighter instrument. It’s also a really nice wood to work with. As with soundboards, mahogany offers a drier tone with more midrange, and sits really well in a mix, or compliments a rosewood guitar in a duo.

Indian Rosewood: Despite being expensive and more difficult to work due to it’s higher density and oil content, it’s beauty and sound make it all worthwhile. Rosewood generally has more treble and bass, with a slight scoop in the midrange and suits singer songwriters as it leaves space in the midrange for the vocal. A smaller bodied rosewood guitar can sit equally well in a mix though, whilst a rosewood dreadnought is as big and bold as it gets!

Limba: More commonly known as ‘Korina’ in guitar circles thanks to Gibson’s marketing department back in the 50’s, Limba comes in 2 varieties, black and white. Whilst both are the same wood and tonally no different, black Limba has dark grey streaks running through the grain which can look really striking on a guitar back set. Sound wise it’s often referred to as ‘super mahogany’ as it is similar in sound but with slightly more presence.

Khaya (African Mahogany): Currently only used occasionally for prototypes as it is considerably cheaper than Honduras Mahogany. It’s a great tonewood and the heavier back and sides of a Khaya guitar can result in a more direct and punchy tone.

Ebony: Sometimes used on custom orders for fretboards and bridges, Ebony adds a little more presence and faster attack than rosewood, although the difference is subtle and not as prominent as changing the soundboard or back and sides. Historically, only jet black Ebony generally found it’s way on to instruments, however in these more environmentally conscious times there is a growing trend for using streaky Ebony. 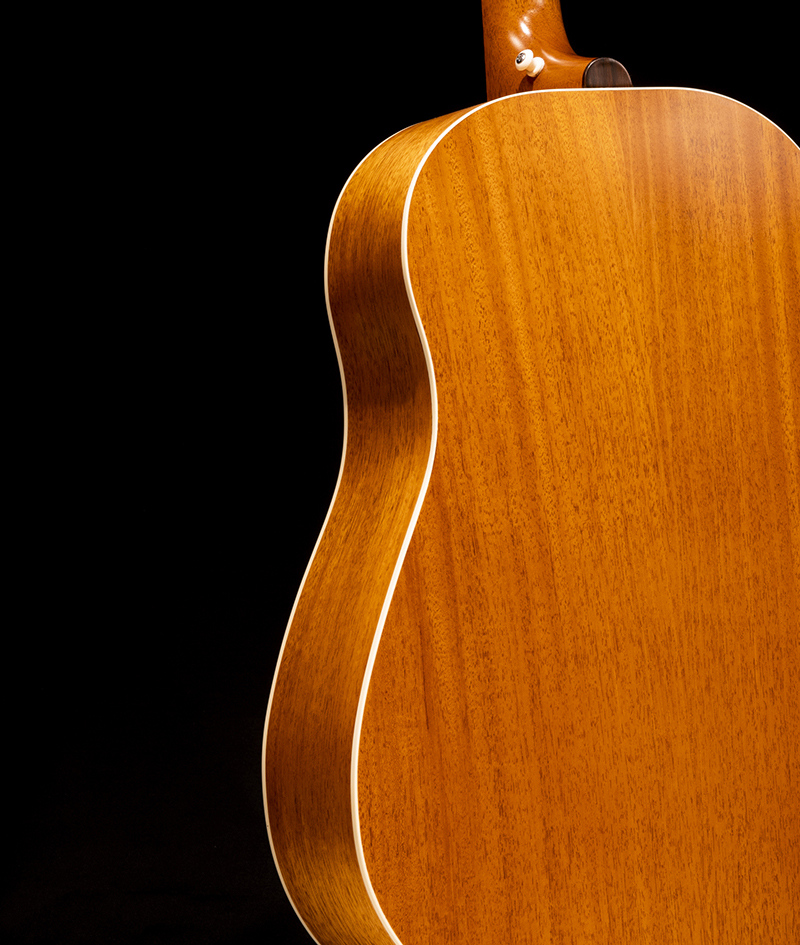 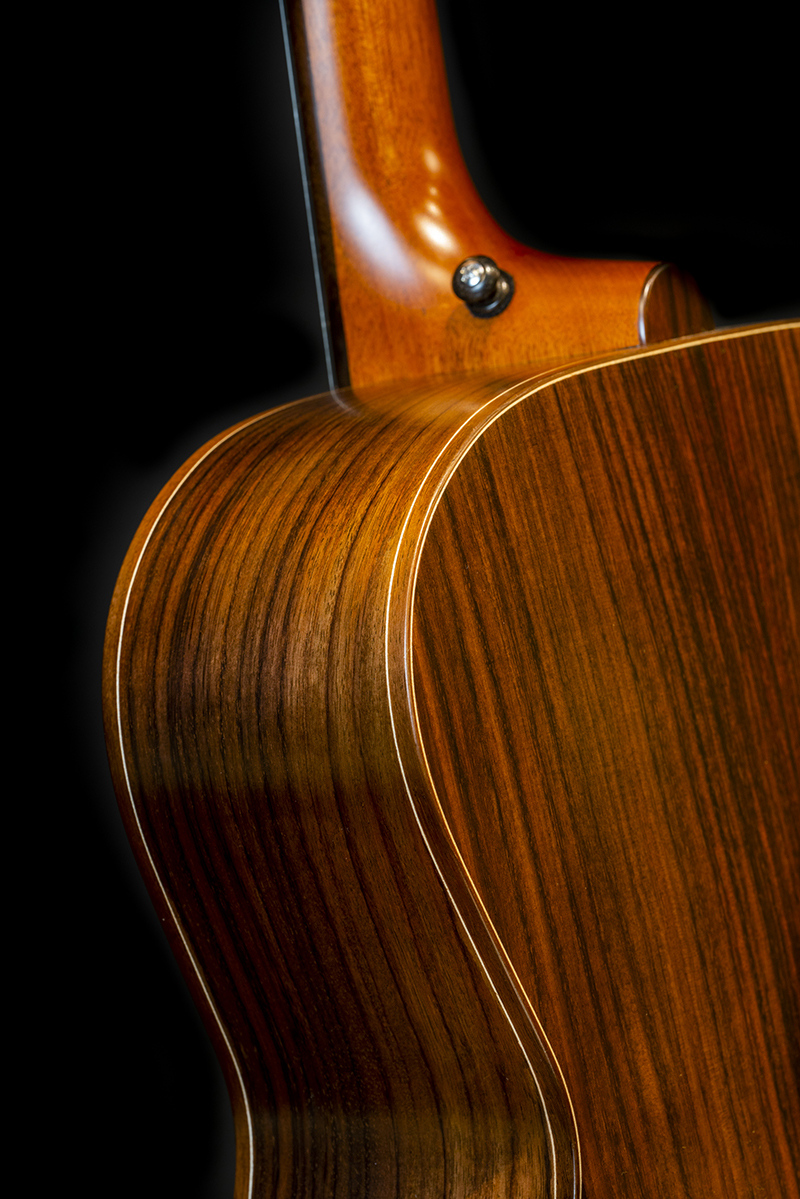 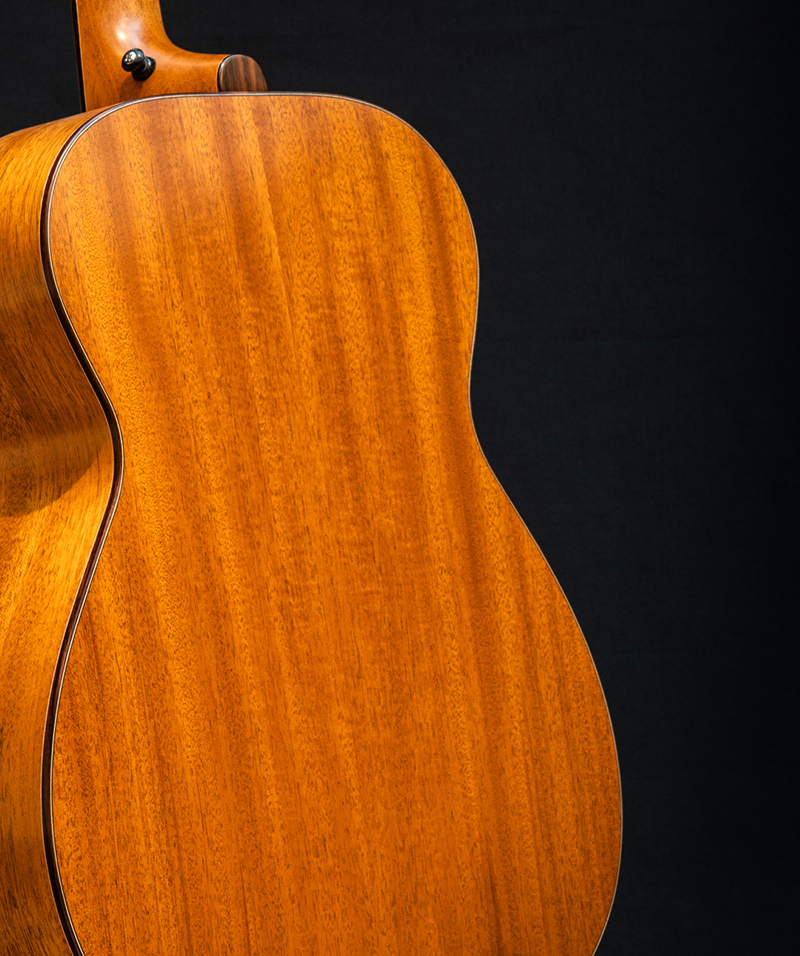